The 2021 Triumvirate of Books 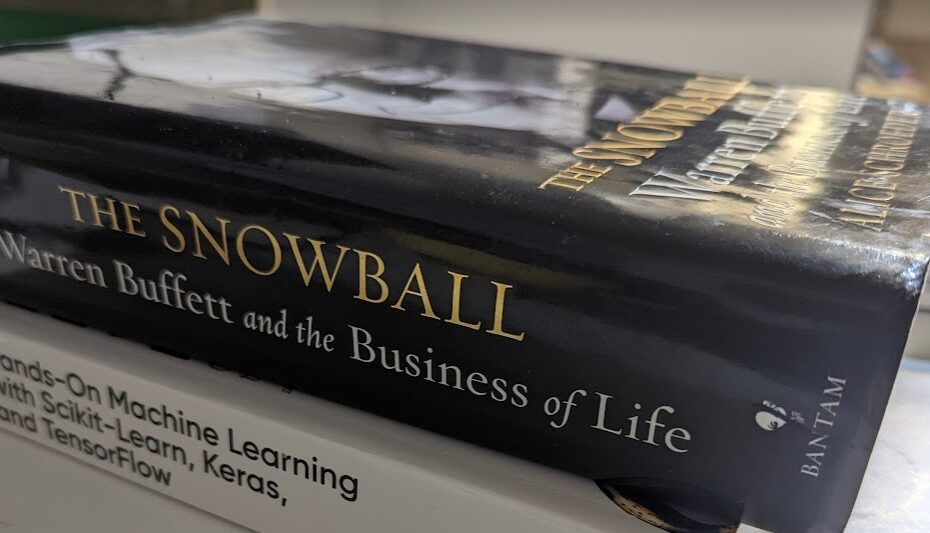 The end of any year is always my favorite part of the calendar. It offers me time to assess the year gone by and adapt and position myself to pivot into the new year. Along with taking stock of achieved and failed yearly objectives, in tandem with my long term goals, I also get a chance to decide the sort of reading that I will be taking on in the incoming year. This decision is largely process driven and is fueled by the books I have (not) read this time around. As with any, this year has my favorites and without further ado – here they are!

Be prepared to be transported away from everything COVID-19, NFTs, Kim Kardashian’s divorce and everything in between to the wild west of the late 19th century. This defining and oft romanticized era in American history serves as the backdrop to the lives and adventures of Captain Call, Augustus and the rest of the Hat Creek Boys, as they traverse across the Wild West in search of a new life and cross paths with old flames, friends and foe.

A slow starter, the book picks up the pace after the first 150 odd pages and ensures that your mental energies are invested in the lives of the characters. I personally enjoyed the book as it manages to flesh out a wide cast of characters and portrays the irony and misunderstanding of day to day life with aplomb and gaiety. To me, above all and in addition to reading a great story, the book was about lasting friendship, love and dealing with unexpected situations in life. The writing is exquisite in that it brings to life a whole range of scenarios – from a usual night at the local tavern to one spent in search of (wild) horses south of the border (Mexico). Those interested in learning about the Wild West culture and the related social dynamics will not be disappointed.

If I had to choose, this book would be my favorite read of 2021 as it allowed me to escape a fast changing reality and refresh myself. Further, having been neck deep in financial and academic books for a large part of the last three years, this was a welcome distraction.

a. Ready Player Two by Ernest Cline (fun read but didn’t think it was as good as the first)

b. Madame Bovary by Gustave Flaubert (a classic which gave insight into marital / social customs and hierarchy in 19th century Europe)

2. The Snowball – Warren Buffet and the Business of Life

When I realized that the only things I know about Warren Buffet, the well known investor, were through random ‘Make a Million Bucks in 21 Days’ and ‘GetRickQuick.com’ articles and websites, I decided that it was time that I actually read through a more reliable source and so it was Ahoy! The Snowball.

Quite frankly, after reading this book a lot of myths and legends about Mr. Buffet were busted and some confirmed. I still do not know whether I like him less after reading this book. What I do know however, is that the great investor definitely possessed and honed a unique skillset – much of it in his childhood, which allowed him to master the art of investing and thus, beat the proverbial ‘monkey darts on the WSJ’ regularly.

What I liked about this book is that it provides a look at the intrinsic nature of Buffet as much as it talks about the intrinsic value of securities. Learning about his background, family and career has given me a better understanding of this complex personality and through the book I was also able to see the gradual transformation from a scrappy underdog who often broke the law to the magnanimous businessman that we know today.

To the casual reader, the book serves utility as both – as a nice story to be read as well as a manual on life and business. To the financially inclined or business folk, the book will allow you to peel back the various layers of Mr. Buffet.

Personally, my biggest takeaways from the book was learning about the small time retail store robberies and tax evasion that Buffet engaged in during his youth (he says he’s still surprised that he was never caught), and how this exposure allowed him to develop his understanding of how businesses can go wrong/be undercut as well as his philosophy of a ‘moat’ in a business. I was also struck by the young Buffet’s personality where he brazenly used underhand tactics to beat others, threw tantrums when others gave him a taste of his own medicine, and engaged in ruthless (and in my opinion – pathetic and sad) practices to gain an upper hand in business (something which is rarely mentioned), and how this side of his personality transformed and mellowed with success and age (do good guys even cross the finish?).

What I found funny and relatable was how Buffet talks repeatedly of an inner scorecard over being liked, all whilst chiding his mother for wanting to be socially well liked. The author and Mr. Buffet himself mention later that he has a strong desire to be well liked by others.

The book also contains some gems in the form of the great legend’s logic and thinking, unique stock picks and his ‘coat-tail riding’ strategy when under the employ of Ben Graham. Fun stories and business dealings such as those with Mrs.B and Katherine Graham, are small yet delightful readings scattered throughout the book. The fact that Mr. Buffet and the author are great raconteurs helps as well.

The book will be a slow yet interesting read and anyone who is reading it is likely to gain some knowledge about the business of life and investing from arguably the best in the money management business.

Note: The book throws some light on Buffet’s relationship with Ms. Graham but I believe that both people being strong personalities and legends in their own industry, their lives make for compelling and deeper reading. For anyone who’s interested in the newspaper business and the Vietnam era chaos, do give Personal History by Katherine Graham a spin. I enjoyed the book when I read through a few years ago……..almost made me want to own a newspaper!

3. The Gambler by William Rempel

I was initially drawn to this book after learning about Kirk Kerkorian – the man whose life the book is based on. Like David Ogilvy (see below), Mr. Kerkorian was a man who lived many lives and made the most of every opportunity presented to him.

I was impressed the most by the grit and gall of Mr. Kerkorian to rise up into the higher echelons of American society from humble beginnings and in absence of a basic degree. Reading about how he flipped over used wartime surplus aircraft (which he flew himself) for a profit to fund his charter airline to how he became one of the most feared corporate raiders of his era was fun and drastic. His transformation from a one time pilot to entrepreneur to corporate shark is quick and sudden and ends with loneliness and a short dalliance with then world no.9 tennis pro Lisa Bonder.

The Lisa Bonder episode to me, was as bizarre as Kerkorian’s youth ferrying planes, and seemed as if the decisions which led him down the Miss Bonder path were the resultant vectors of accepting mortality. This book goes best with a beer in hand to help with the twists and turns. Strongly recommend for all fans of history, business, and corporate takovers/raiders.

a. Confessions of an Advertising Man by David Ogilvy (ok so I cheat a little, it’s less an autobiography and more an ode to advertising, but felt like there were many takeaways for me. I think this should be mandatory reading for all entrepreneurs, new-graduates, and business school students)

b. CEO by Sandra L. Kurtzig (written by the founder of ASK Systems, a pioneer which began the ERP systems revolution in the late 70s. The book contains great insight into the Silicon Valley and VC culture of yore as well as some detail about tech stock valuations. Technologists who read this will find that not much has changed since the 70s; financial analysts who read this will find that a lot has changed since the 70s – except for growth stock valuation multiples)

Overall, I feel that this year has been an eventful one, the kind of year where it’ll be remembered as the ‘best of times and the worst of times’. Hopefully, we are slowly putting the worst behind us and getting back up to full recovery and speed.

As far as this blog has been concerned, I realize that I have been missing for a while but rest assured I have multiple projects and articles in the pipeline and will make it a point to be more active in the incoming year. Have a safe end to 2021 and hope to see you all here next year!